Winds of up to 80mph, particularly in the southwest of England and Wales, have claimed three lives and left 400,000 homes without power, as well as damaging the fabric of many buildings.

The Met Office issued a red weather warning for the south of England, including London for the first time, while a wind of 122 miles per hour on the Isle of Wight was the highest on record in England.

A Catholic church in Camberley, Surrey, has lost its steeple. The wooden structure was torn from the roof of Saint-Pierre et Saint-Jean to be left suspended by a lightning rod, and had to be knocked down by the parish priest. “A nice skip-driver passed by and gave me a hand,” said father Paul Turner The tablet. “We climbed a ladder and brought him down from the roof. We’ve covered the hole and now we’re just waiting to see what to do. He said he was not sure the parish would replace the spire, “which would cost us dearly”. 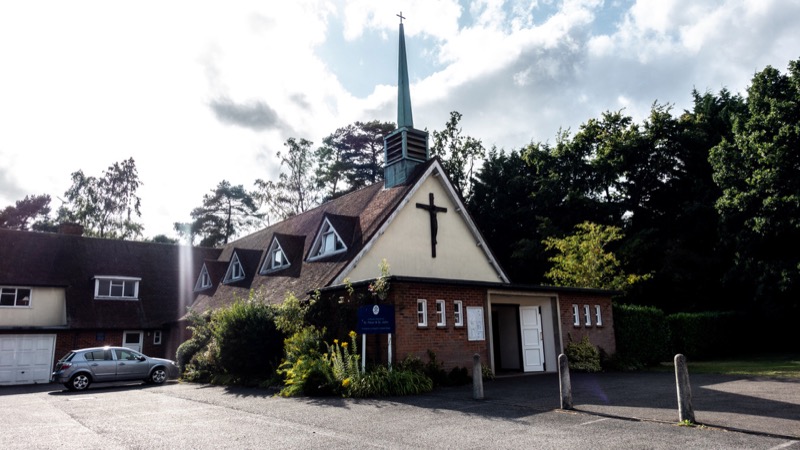 Before the storm: St Pierre and St Jean as they were.

In Wells in Somerset, the top two meters of the spire of St Thomas’ Church, built by the prolific neo-Gothic architect SS Teulon in 1857, have collapsed. Video capturing the moment shows the spire and weather vane wobble before falling into the graveyard. Police and parishioners alerted local clergy, who observed what was happening.

“We did well,” the Reverend Claire Towns, priest in charge, told the Church hours, “If the wind had been in the opposite direction, it would have fallen on the roof of the church and caused catastrophic damage.” The fragment of the tower is now with the restorers.

Ecclesiastical Insurance, which covers the vast majority of churches nationwide, predicts a significant increase in claims from policyholders affected by the storm. “Our claims handlers are ready to support those affected by the weather,” said Jeremy Trott, the firm’s claims manager.

On the Isle of Wight, firefighters were called to All Saints Church in Newchurch where winds had damaged the spire and snapped a weather vane, posing a danger to the public. In Burnham-on-Sea, the roof of St Andrew’s Church was damaged in the storm. Further damage is expected to follow high winds and flooding from Storm Franklin this week.